Masters Of The Universe Storybook - The Iron Master

Shop Home > Masters Of The Universe 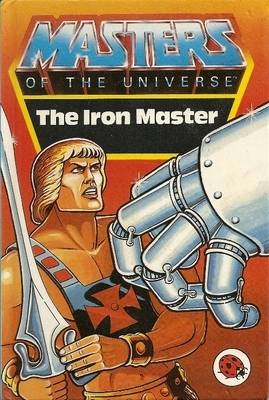 A peasant, attacked in the forest by the wild men, goes to the royal palace for help. He-Man decides to investigate, where Beast Man and his beast men attack him, knocking the sword out of his hands. When Beast Man tries to pick up the sword, it burns his hand, and He-Man soon disposes of them.

Skeletor, watching them from afar, instructs the Skelcons to create a huge iron robot. He then gives life to it magically and orders it to bring him the Power Sword (his reasoning being that a metal hand might not be damaged in picking it up).