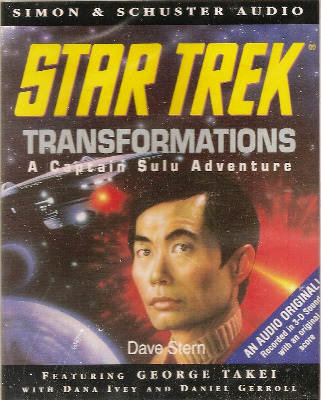 Star Date 11611.8: As Starfleet diplomat Captain Hikaru Sulu speeds alone across the galaxy in his state-of-the-art shuttlecraft, he is abducted by powerful, frightening dreams that return him to the once desolate, desert world of Sigma Cameron Four.

It was here, as the commander of the U.S.S. Excelsior 20 years earlier, that he discovered traces of the ancient Shalakai - a ruthless culture who, legend held, had once uncovered the secret to eternal life.

Now, as the distinguished archaeologist Dr. Constance Allenwood moves closer to uncovering the Shalakai's secrets on Sigma Cameron Four, Sulu must race to stop her before she unleashes a disastrous chain of events.