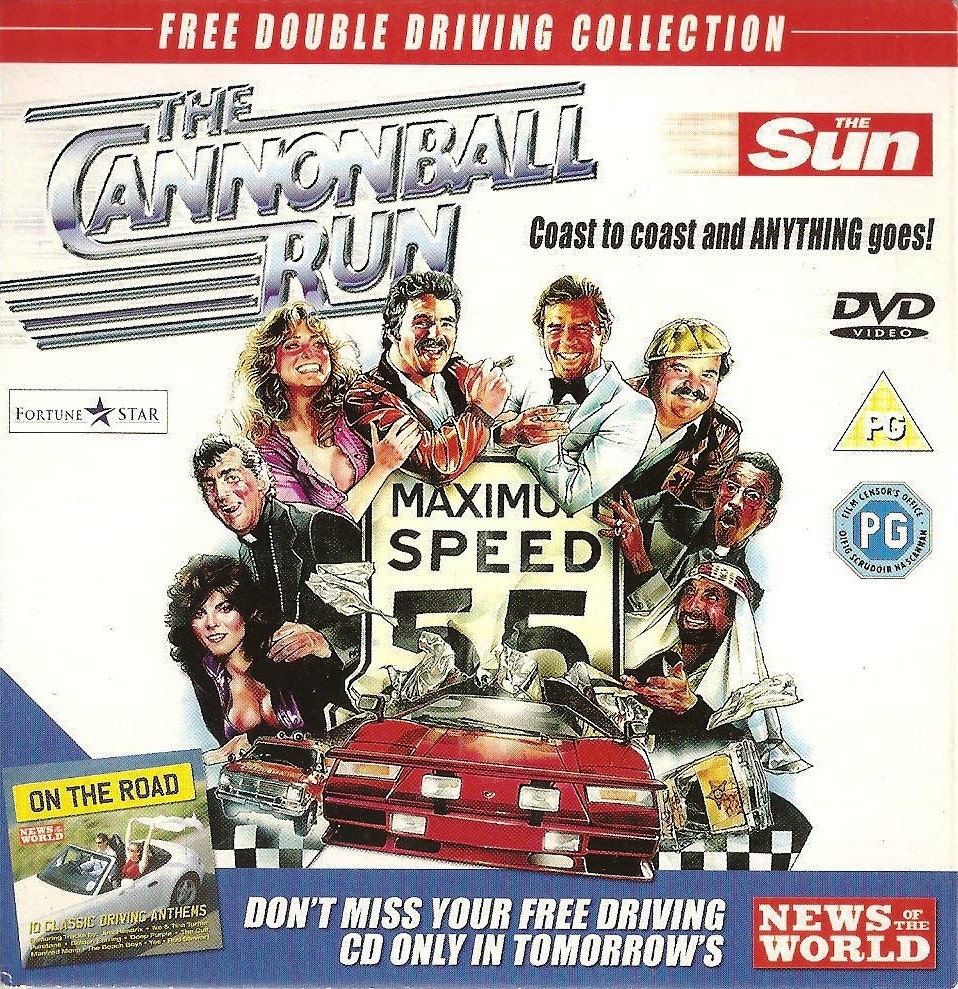 A 'Classic Comedy' with big name stars and lots of cool cars!

Based on a true race event, Burt Reynolds leads an all-star cast in this ultimate quest to win The Cannonball Run!

A bunch of people in souped up cars, some disguised, some not, vie for the title of the Winner in the race and they will do anything to get it! Never before has such an amazing array of talent been assembled for one film.