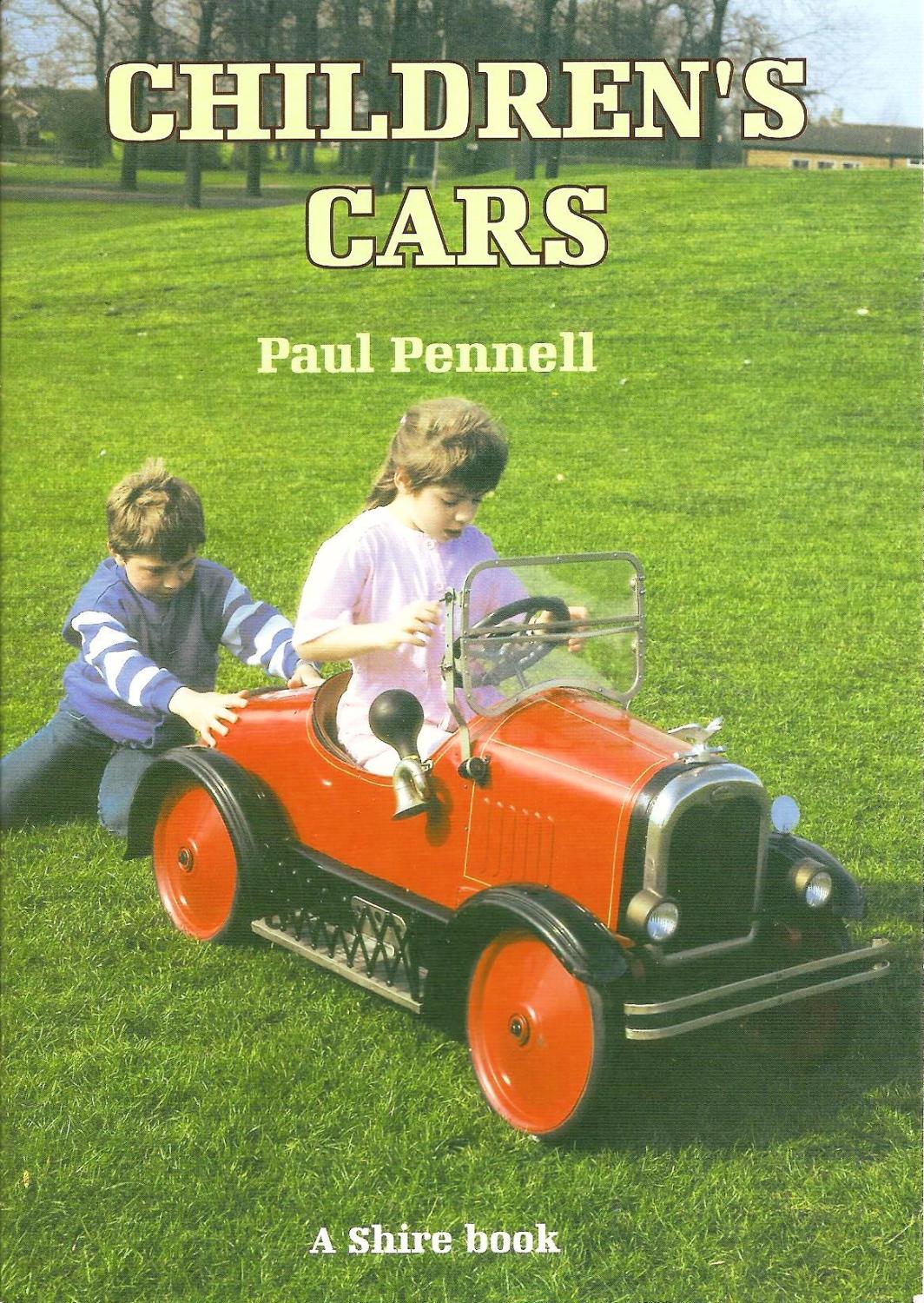 Children's cars first appeared between 1901 and 1903; by 1910 they were being made commercially in large numbers and by the 1920s the market justified mass production, bringing prices within the range of working-class families.

Most models were named after famous motor cars, however slightly they might resemble them, and the majority were pedal-driven, though some were powered electrically or by petrol.

Over the years, several outstanding and unique models were produced, either by coachbuilders or by motor manufacturers, often hand-made as gifts for royalty or important customers, but surviving examples are usually considered works of art rather than mere toys.

This book outlines the history of children's cars in Britain from the first custom-built models, through the period of greatest popularity, to the present revival of interest, particularly in miniature replicas of famous makes of motor car.

Condition - 7/10 (has a few indentations on the cover)